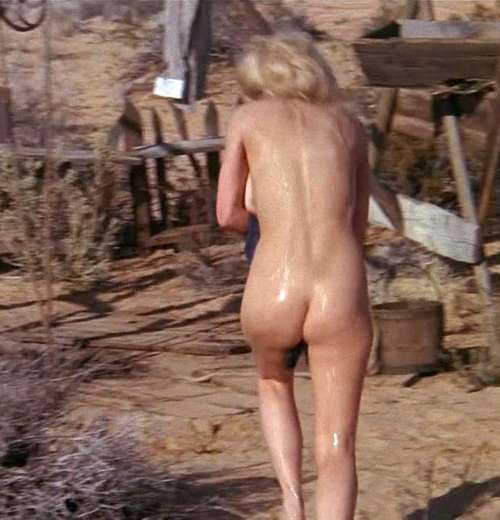 James Caan and Sam Peckinpah in The Killer Elite (1975)

Tomorrow, TCM puts a spotlight on Warren Oates, and as tempted as I am to write about The Wild Bunch (Sam Peckinpah, 1969) I see that fellow Morlock Greg Ferrara has covered that epic western in five different posts.
So I’m taking a different tack and, instead, will take this opportunity to dust-off my copy of Alex Cox’s 10,000 Ways to Die: A Director’s Take on the Spaghetti Western.
The idea here is to share with TCM readers excerpts from the six Spaghetti Westerns that Alex cross-referenced to The Wild Bunch.
It’s also fitting to remind readers about Alex Cox in regards to westerns because, not only did he direct a few (ie: Straight to Hell and Walker), but he is about to launch a Kickstarter campaign for his next film:
Tombstone Rashomon, which will present five radically different stories of the OK Corral Gunfight.

Ernest Borgnine on the set of The Wild Bunch

今朝放映してましたね。
The Ballad of Cable Hogue